A Dimensional Jar is a non-mergeable object which sometimes appears upon merging different items, usually higher-level ones (the chance is greater the higher the item's level). The item it contains is a clone of the object that was just created.

Upon creation, a timer for 1 hour will start, which counts down to when the Dimensional Jar disappears. The timer can be stopped if the Jar is bubbled before it runs out.

Tapping the Jar brings up a special offer window where you can open it for Dragon Gems or by watching an advertisement (a Beta feature introduced in Version 7.2.0 (21st of October 2021); so far, the players are limited to 4 ads per 24 hours, and only for Jars costing 50 Gems or less).

Every Dimensional Jar can be sold for 50 Magic Coins, regardless of content. 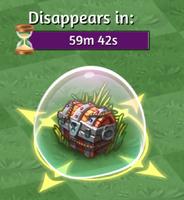 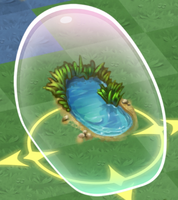 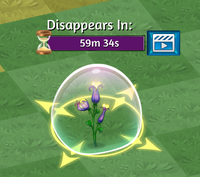 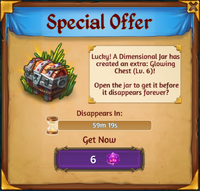 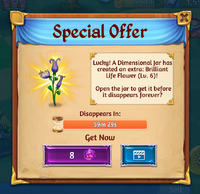 The Merge Chains that can spawn Dimensional Jars are: