A Dragon Egg Chest is a type of chest. It can be merged into Radiant Egg Chest.

It can be opened by paying a varying amount of Dragon Gems, which is always specified upon tapping on it. To sell it, long tap on it to select it, and then tap on the Information Bar at the bottom, where a Sell Button is located and tap to sell it for 20 coins.

When opened, they contain one or more dragon eggs and several small objects that may be related to where it is harvested from. If the source is Treasure Chests or from tapping Goal Stars, the contents are randomly chosen from the presets. It can be merged with other chests of the same variety to create a Dragon Nest Vault.

Note that all Dragon Egg Chests are visually identical, with the exception of the Midas Ducks variation, which has a blue cover.

Dragon Egg Chests obtained in Levels are unlocked automatically and can be merged to create an unlocked Dragon Nest Vault. They are worth 0 coins in levels and can only be trashed.

Note that even though the chests are unlocked in Levels, as Level Rewards they are locked.

Refer to the table in Dragon Chests. 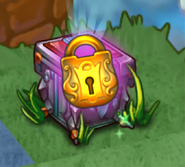 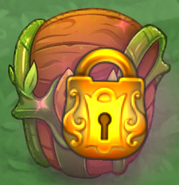 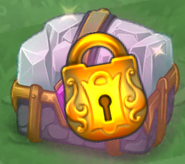 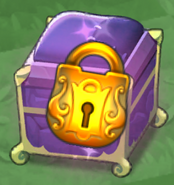 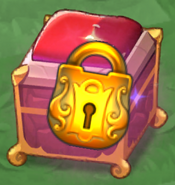