Fruits are the main product of Fruit Trees, which can be obtained by tapping and harvesting them. Fruits also appear on several levels. There are seven types of fruits, each corresponds to a different type of tree. An additional fruit which does count on quests demanding merging fruits is the Golden Apple, though it behaves differently from the other seven and the Midas Tree is not part of the Fruit Tree merge chain.

Any of the seven fruits can be harvested or merged in order to get magic coins, life essence and life orbs. Double rewards will be granted by merging 5 instead of 3. As the corresponding tree level is higher, so does the rewards. There is also a chance on every merge to get a super reward - Usually a higher tier coin and a couple of the normal coins of that fruit (along with some life essences). 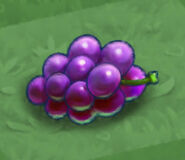 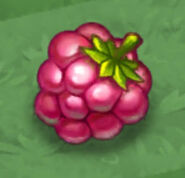 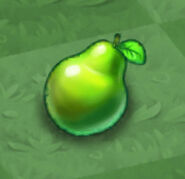 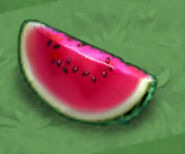 Outside the game, the Pear is the only Fruit that actually grows on the type of tree seen in the Fruit Tree family. The other fruits are cultivated as follows:

Retrieved from "https://mergedragons.fandom.com/wiki/Fruits?oldid=32591"
Community content is available under CC-BY-SA unless otherwise noted.