Loot Orb is a hovering non-merging object, when smashed, the loot it is containing will fall to the closest tile(s) possible to the area where it was at.

Loot Orbs may contain more than one object, and may also contain Healing Power. Loot Orbs will show the object currently contained inside, or a random object every 5 seconds if there are multiple objects.

They can be sold for the same amount as the total sum of the worth all the objects that are contained inside.

A large object (Bigger than 1x1) can be "bubbled" in a Loot Orb. This is done by filling up almost all available land with objects, and then shifting another object into the target object, such that there is no arrangement of free land for the target object to exist on. If done correctly, the target object will be bubbled.

Any object (even 1x1) can be "bubbled" in a loot orb if you have two others. Place two of the objects beside each other and move the third object to the same space such that all three are occupying the space of two. Then return to the world map without releasing the three objects. When you return to camp, the object will be suspended in a loot orb. If the object is larger, using this technique sometimes results in two of the three objects being bubbled in two separate loot orbs. To achieve this, ensure that you push the third object into the centre of the other two objects' space. Some types of objects (such as large trees) respond well to this method. Others (such as ponds) will only bubble one of the three.

If you have "Prefer merge five" set to ON in your camp settings, you cannot use this method to bubble the third egg. However, you can use it to bubble the sixth egg before merging five from a nest. If you need to bubble a third egg, remove the setting first and replace it when you are done.

Other bubbling methods, are listed in the "To make efficient usage of your limited land, and Bubbling" section on this page. https://mergedragons.fandom.com/wiki/The_Efficiency_Guide

Note that sometimes, Loot Orbs may appear behind objects when created, or gets hidden behind when re-entering camp, so it is advised to shift all Loot Orbs to the sides of the camp immediately if you do not want to open them yet.

How to Gain Edit 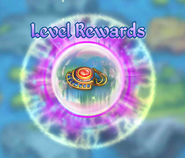 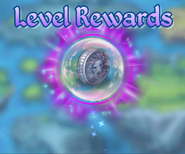 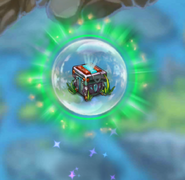 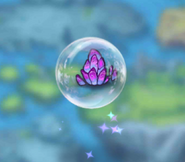 Loot Orb containing a single object
Add a photo to this gallery
Retrieved from "https://mergedragons.fandom.com/wiki/Loot_Orb?oldid=28441"
Community content is available under CC-BY-SA unless otherwise noted.