Secret Levels, just like normal Levels, award items and Stars upon completion. However, as their name suggests, they are hidden in secret locations on the Map and only show up when tapped. It is also important to note that there is no way of telling how many Stars you have on a Secret Level from the World Map. This can only be found out by completing the Level. There are currently 26 Secret Levels.

Secret: Outskirts 5 has been changed into a Challenge Level named Outskirts 5.

Secret: Silence of 2 has been changed into a Challenge Level named Silent Bay 2.

Note: Not all Secret Levels give Stars on Goal completions. Some of them give Coins instead.

1. The Secret of Four

2. The Secret of Four 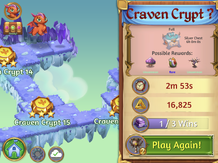 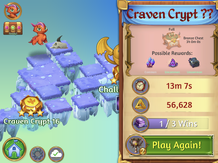 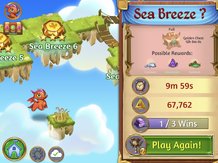 17. Sea Breeze ?
Add a photo to this gallery
Retrieved from "https://mergedragons.fandom.com/wiki/Secret_Levels?oldid=33883"
Community content is available under CC-BY-SA unless otherwise noted.